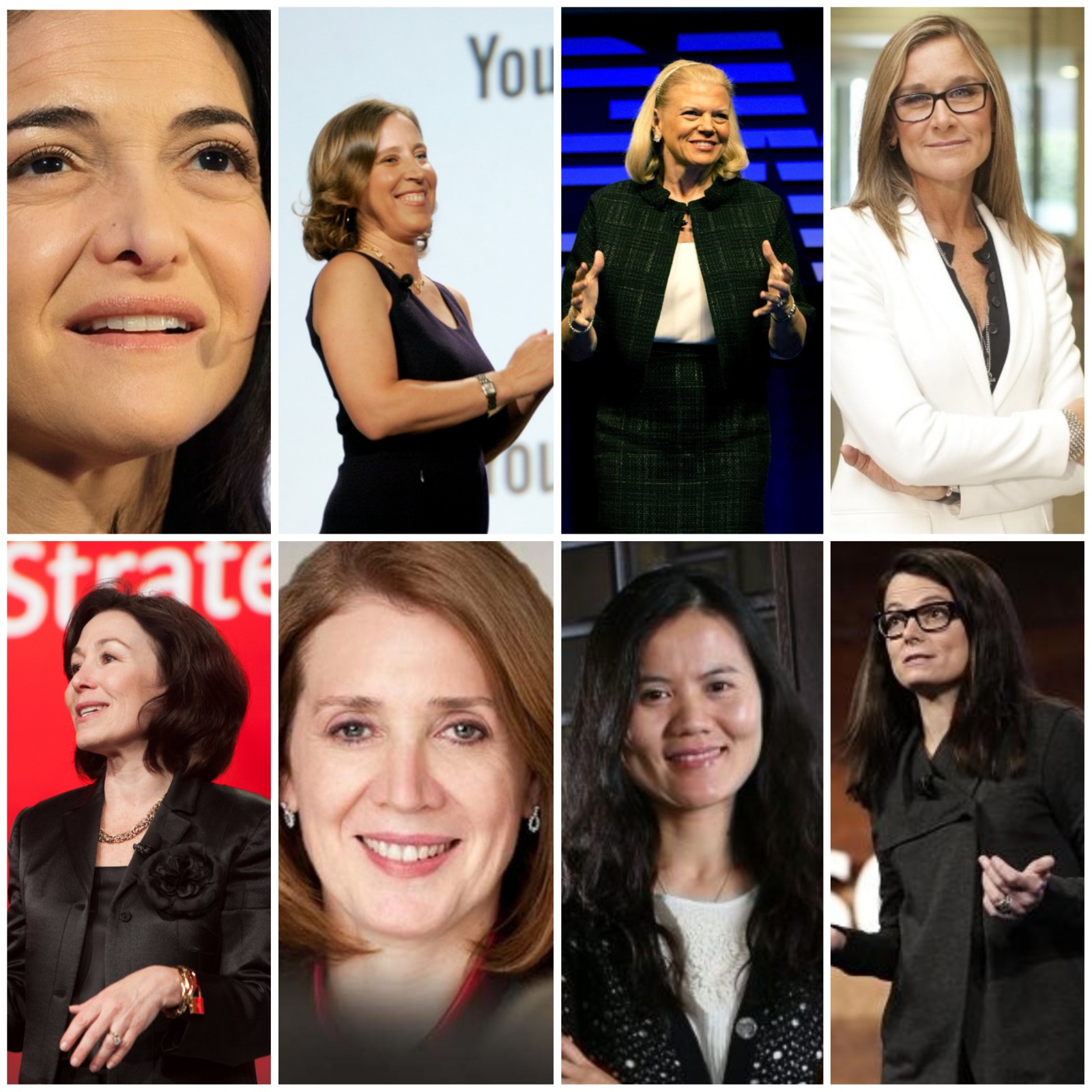 Even though the number of women involved in the IT industry has mostly been lower compared with that of the men, there are some extraordinary women we would like to emphasize. Thus, in light of March 8, the International Women's Day, our team made a list of top eight most inspiring C-level executives shaping the technological world we know today - shortly portraying their careers from the early days onward.

Sandberg graduated from the Harvard College in 1991 with a B.A in Economics, where she also co-founded Women in Economics and Government. She then enrolled at the Harvard Business School in 1993 to earn her M.B.A. Sandburg had a number of jobs after graduating in 1995, until she met Mark Zuckerberg at a Christmas party in 2007 who offered her the COO job at Facebook while not actually searching for a COO. In the meantime, she has promoted initiatives to address the gender gap within the tech industry and is on the board of Women for Women International.

Wojcicki grew up on the Stanford University campus as her father was a professor there. She then attended Harvard University studying history and literature and went on to receive her Masters of Science in economics from the University of California. Wojcicki became Google’s first marketing manager in 1999 and then became a senior vice president of Advertising and Commerce. She was the one proposing that Google should buy YouTube. Wojcicki is now the CEO of the video streaming site.

Rometty graduated from the Northwestern University in 1979 with a bachelor’s degree in Computer science and electrical engineering. In 1979 she went to work for the General Motors Institute, after which, in 1981 went on to join IBM as a Systems Engineer.  Rometty had a number of roles within IBM; she championed the purchase of the big business consulting firm - PricewaterhouseCoopers consulting, becoming a senior vice president for sales, marketing and strategy. In 2011 it was announced that she was to become the company’s next president and CEO. In 2012 she became a chairman of IBM, as well.

Ahrendts studied merchandising and marketing at the Ball State University in 2010 and then moved to New York to work in the fashion industry. She worked for multiple brands including Donna Karan, before joining Burberry in 2006 as CEO. She then went on to join Apple in 2014 as a Senior Vice President for retail and online stores. Ahrendts is the only female senior executive at Apple. Catz attended the University of Pennsylvania and their Law School, as well as Harvard Law School. In 1999 Catz joined Oracle and became a member of the company’s Board of directors in 2001. She took the step up to the co-CEO role at Oracle at the end of 2014 as the founder Larry Ellison moved aside to become CTO. She now shares responsibilities for leading strategy at one of the world’s largest tech firms alongside former HP CEO Mark Hurd.

Porat was born in England before she moved to America at a young age. She then went on to obtain a bachelor of arts degree in economics and international relations from Stanford University, after which she graduated from the London School of Economics with a Master of Science degree in industrial relations. Porat made the jump from Wall Street to Silicon Valley - an increasingly common scenario of top talent moving from finance to tech. Having previously served as a Chief Financial Officer and Executive Vice President for Morgan Stanley, she is now the CFO for the Google parent company Alphabet.

After graduating from Zhejian Gongshang University (China) with a degree in Business administration, Peng went on to teach at the University before she joined Jack Ma in founding Alibaba in 1999. She started off managing the HR Department of Alibaba before becoming the CEO of Alipay - the most successful payment gateway in China.

Hood graduated from Duke University with a bachelor’s degree in Economics and then obtained an MBA from the Harvard University. She started her career with Goldman Sachs before joining Microsoft in 2002 as part of the investor relations group. Hood was then announced as the company’s CFO in 2013. The names we listed above include some of the most admired C-level executives and experts in the tech world, which will hopefully inspire more girls and women to get involved with this rapidly growing industry and join the list next to these savvy, forward-thinking businesswomen.

To learn more on the most powerful women in tech, check the referenced links below. 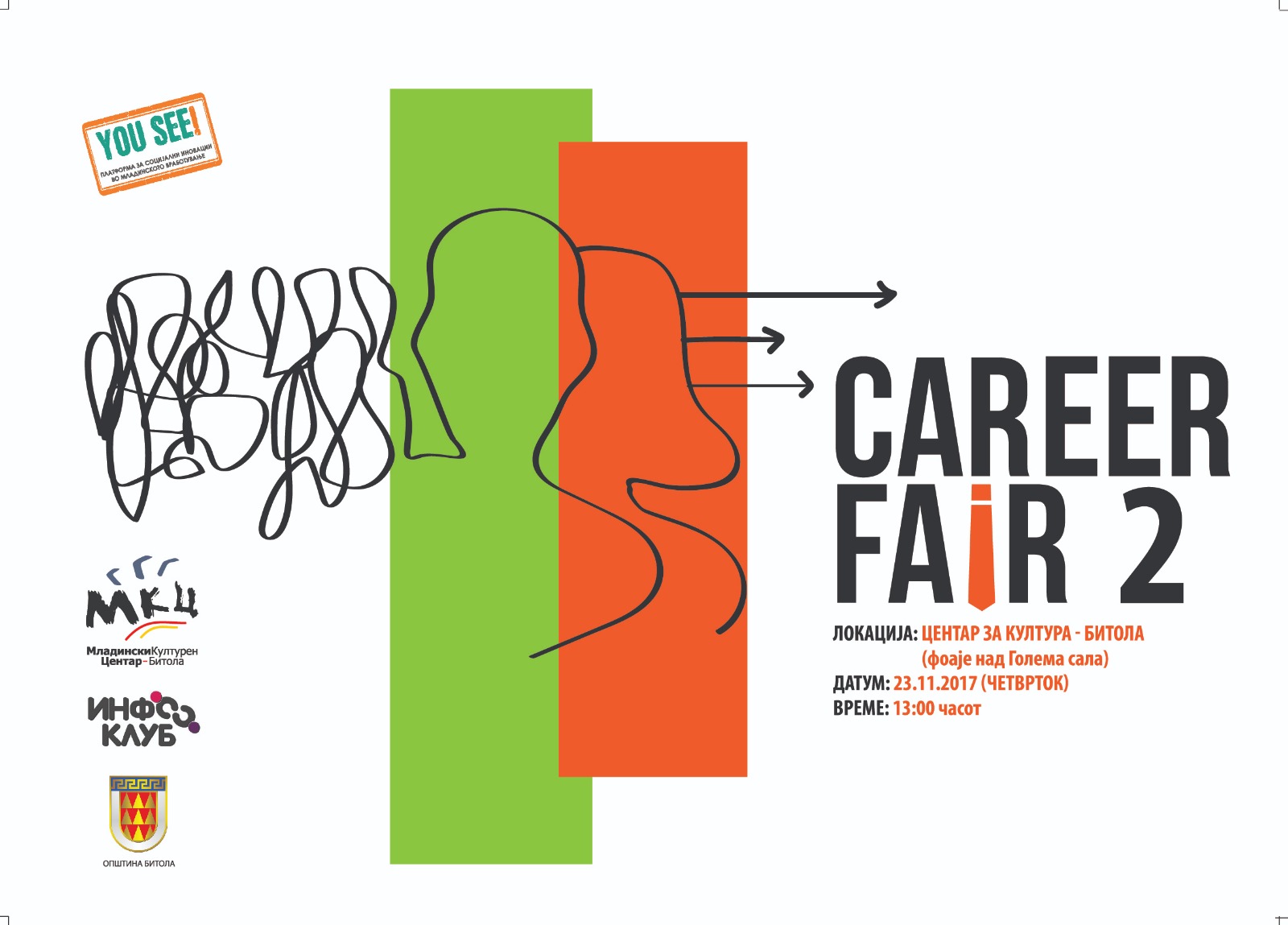 HASELT was cordially invited to attend the second Career Fair in Bitola organized by the Youth Cultural Centre and the Info Club held on November 23rd,…