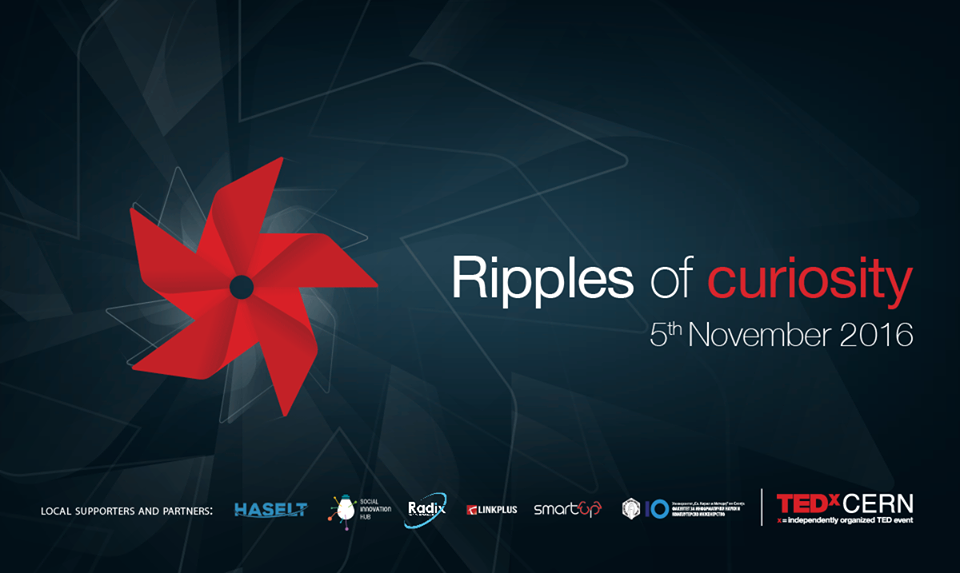 Once again, we got to see the power, diversity and ripples of human thought. We saw its probing into the microscopic intricate structure of human DNA, to its interstellar travel of million light years away to a place where the very fabric of space-time is ripped and warped as two black holes are interlocked in a cosmic dance.

And then back again to depths of the Earths oceans to try and figure out how they sound and its effects on ocean life. We again saw the insatiable curiosity of humans and their goals to understand such things. And where would one witness such diversity of thought if not at a TEDx Event. More than 300 creative thinkers and doers attended the 4th edition of TEDx CERN as 12 bold speakers took us on a roller coaster that explored their thoughts and ideas, from their formation, to their fruition, with the common theme of ripples of curiosity. Fortunately for us who could not attend in person, we had the chance to attend a live broadcast of the event that was organized by TEDxSeptemvriskaSesijaSalon which engaged and connected our local community. The roller coaster ride was split into 2 sessions with a break of 45 minutes between. My goal with this post is to take you on a fast track of that ride! Well then, off we go! One of the first pit stops on that ride of thoughts and ideas is about how one of the most destabilizing forces in our modern civilization is the sense of powerlessness and alienation that we can’t help but feel when we are confronted with the enormous corporate, and government bureaucracy, and the incredible technologies that rule so many aspects of our lives. How do forces make many people yearn for more sense of community and for more local control of our destinies, but that we most often lack the tools we need to challenge those great forces. The agent for this idea is Shannon Dosemagen and she is all about empowering us with just those tools. We got to hear her story of how the BP Oil spill gave birth to that idea and how its ripples produced an open network of community organizers, educators, technologists, and scientists working to create low-cost solutions for monitoring environmental concerns. A tremendous testament of how collaboration between people from different fields can bring about positive changes in our world. A few stops down the ride Laura Baudis made us think about Galaxies and Dark Matter. Yep, Galaxies and Dark Matter. Galaxies in our universe seem to be achieving an impossible feat. They are rotating with such speed that the gravity generated by their observable matter could not possibly hold them together; they should have torn themselves apart long ago. The same is true of galaxies in clusters, which leads scientists to believe that something we cannot see is at work. They think something we have yet to detect directly is giving these galaxies extra mass, generating the extra gravity they need to stay intact. This mysterious and unknown matter is called “dark matter” since it does not emit or interact with electromagnetic radiation such as light and is thus invisible to the entire electromagnetic spectrum.

Well then, you might ask, how would we even try to detect it? The answer might surprise you because it is not by looking at galaxies, but by going 5000 ft bellow the surface of the earth, to the home of the Large Underground Xenon experiment. The experiment is a 370 kg liquid xenon time-projection chamber that aims to directly detect galactic dark matter. At the core of the experiment is a sophisticated vacuum thermos filled with ultra-pure liquid xenon, cooled to minus 70 degrees C. The liquid xenon bathes an array of photosensors, each capable of sensing a single photon of light. Scientists believe that when a dark matter particle strikes a xenon atom, the electrons are drawn upward by an electrical field and interact with a thin layer of xenon gas at the top of the detector, releasing more photons. The photosensors, located at the top and bottom of the detector, can detect a single photon so interactions can be pinpointed to within a few milliliters. The energy released can then be precisely measured from the brightness of the signals. Phew, that one was a doozy... Okay, fast forward a bit and it's break time. Time to re-caffeinate, discuss and synthesize. Hajan as the moderator of the event began a discussion about the potential of an advancement in technology/science to good or harm. There we many different examples of how an advancement helps and empowers us, but also about its misuse. A common understanding which stood throughout the event is that we should embrace these advancements but remain cautious of where they fall. A very good example of this was Samira Hayat's talk about Drones. Break over. Next stop, Matan Field and Blockchain. With blockchain, we see an interesting idea in itself but also as a part of a more increasing trend, decentralization. Blockchain is a decentralized digital ledger that records transactions on thousands of computers globally, and the transactions cannot be altered retrospectively. A blockchain consists of blocks that hold batches of valid transactions. Each block includes the hash code of the prior block in the blockchain, linking the two. The linked blocks form a chain. The blockchain is parsed by software to extract relevant information. To use conventional banking as an analogy, the blockchain is like a full history of banking transactions. Transactions are entered chronologically in a blockchain just the way bank transactions are. Blocks, meanwhile, are like individual bank statements. The main difference is in that everyone that makes a transaction owns a copy of the ledger, not just the bank, thus preventing unwanted altering at once place. Next, we enter the realm of the notorious A.I. Gary F. Marcus gave a bit of a different perspective than the popular one on how advanced our current A.I is. His talk was full of good examples of how the current A.Is work, from Image recognition to Natural Language Processing. But his main point was that although we have made excellent progress on creating an A.I that solves closed-ended problems, we still have a long way to go into creating a STRONG A.I that can solve open-ended problems. It was very interesting to see the stark differences between how humans learn and how an A.I learns. The last official excerpt was from the composer and pianist Orazzio Sciortino member of the Agalma Foundation. Orazzio Sciortino also appeared at the end of the first session accompanied by neuroscientist Nathan Evans and the pianists Richard Rentsch. The theme behind both appearances was creativity, the exploration of the creative process and in particular, its relationship to the unconscious. And with his performance, we slowly transitioned in the final moments of the event. Although the official event was about to end, we decided to stay a bit longer and have another discussion. This one was a bit longer and touched on a few more ideas. We discussed quite a bit about strong A.I and how it would redefine what it means to be a human, but also about the growing concerns around it and how it could endanger us. Who takes precautions (Open A.I) and how they are taken. We also talked about the symbiosis of humans and technology, the bifurcation of human endeavor, neo-humanity, cybernetic immortality (the 2045 initiative) and much much more. And with this the fast track ends! I hope it left you with a bit of a newfound appreciation for the human experience, and our power to redefine it!

For the full ride be sure to check out the videos of the talks which will be available in the upcoming weeks. For now you can check out the photos at TEDxCERN's Flickr account. 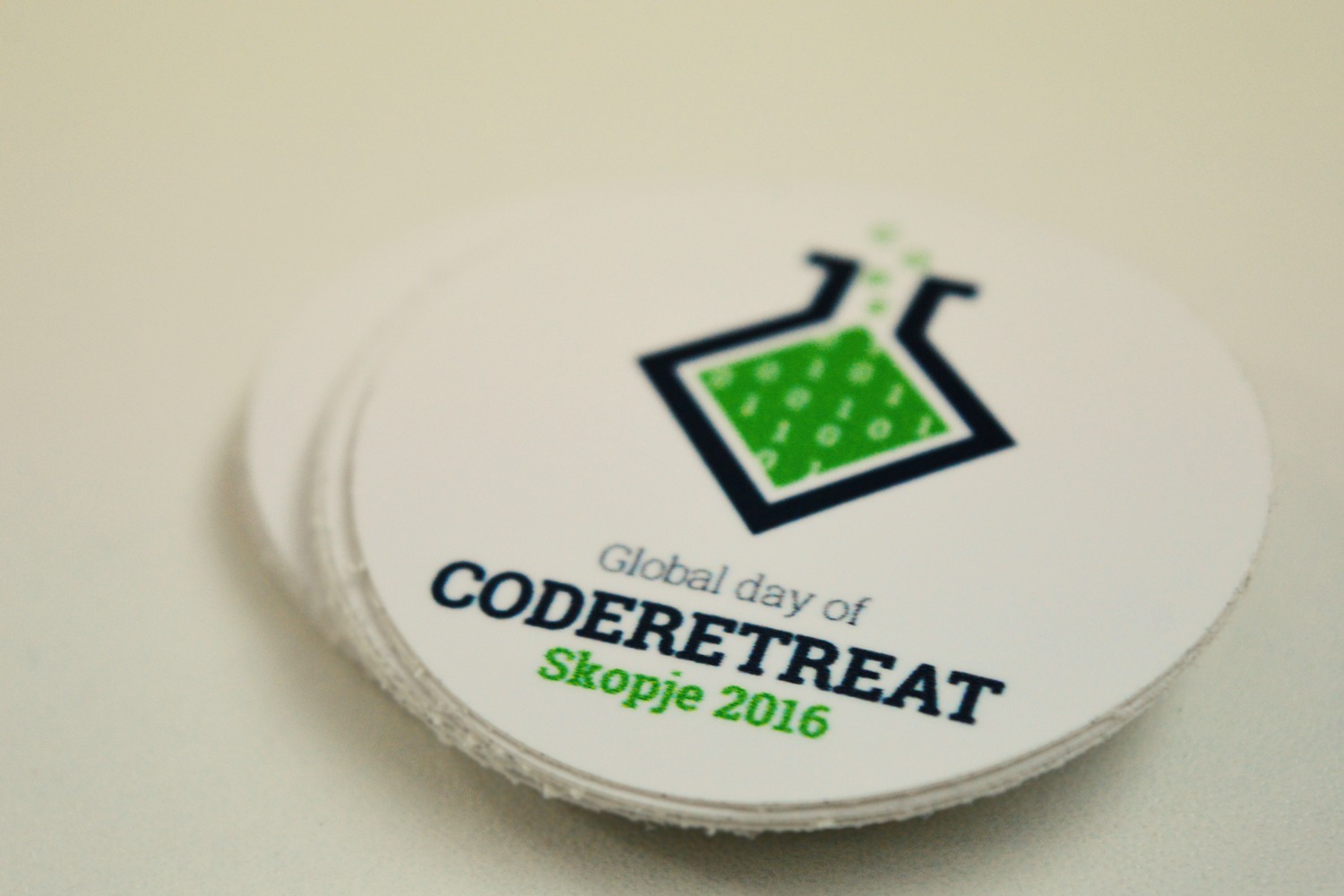 GDCR16 is a day for celebrating passion and software craftsmanship. This year's event in Skopje, Macedonia was a blast! Fresh ideas, new perspectives,… 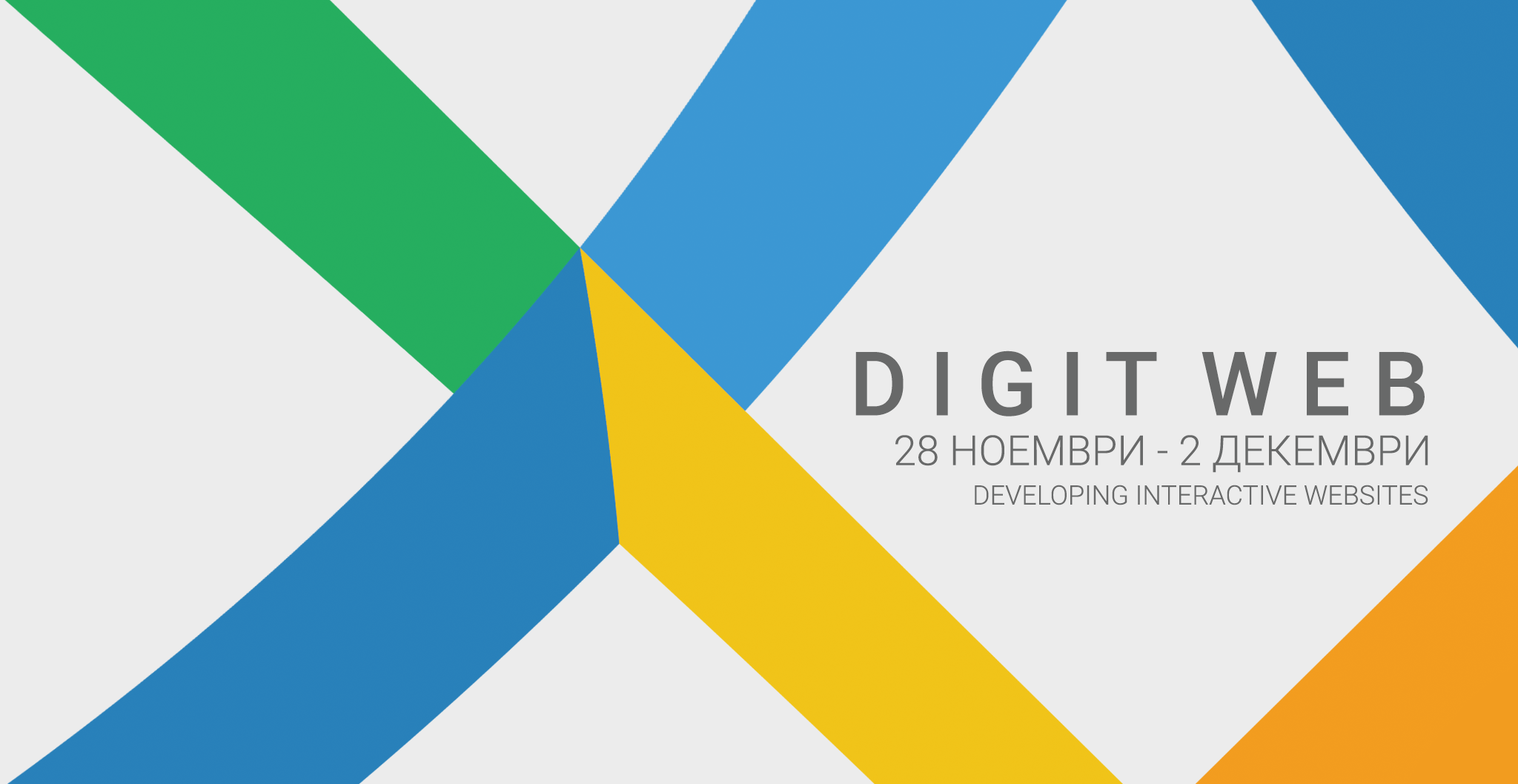 Our team was part of DIGIT (Design and Interactive Graphics in IT), an educational workshop for students in the field of design and programming. Happening…